Dr. Pattee joined the Gentling Dental Care family nearly a decade ago, and there's nothing he enjoys more than being able to improve his patients' quality of life through oral healthcare, whether by preventing/relieving pain or by improving their smile's esthetics for a more self-confident appearance. To learn more about his background, keep reading below: 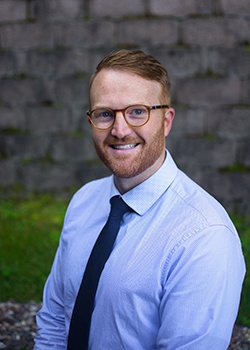 During his undergraduate years at Saint John's University, Dr. Pattee studied abroad for a semester in Guatemala and lived with a host family in Quetzaltenango (AKA Xela), whom he still considers to be a true part of his family to this day. While in Guatemala, he learned to speak Spanish and developed a new appreciation for travel, culture, and the everyday luxuries some of us take for granted. He was also introduced to dentistry! He received an assignment to volunteer with Salud y Paz (Health and Peace), which provided medical, dental, and optimal care for poor and indigenous populations. Initially, he was excited because he thought this would be the perfect opportunity to get more experience in the medical field, which was his original goal for a career. However, shortly after arriving, it became crystal-clear that the dental department was where they really needed help.

Before he knew it, a young Dr. Pattee was working alongside a Guatemalan dentist, helping provide injections and extract teeth. On one of his last days at the clinic, a Mayan woman came in with extreme pain in a front tooth (one of the last teeth in her mouth). He removed the tooth and, to his surprise, watched as she cried tears of joy. Although he did speak Spanish, he did not speak Quiche, which was her native Mayan language. There was no way to communicate verbally, but she did give him a big hug and he clearly saw the gratitude in her tear-glazed eyes. After this experience, he decided to take the DAT that summer instead of the MCAT and apply for dental school! The rest, they say, is history.

Dr. Pattee earned his doctorate from the University of Iowa College of Dentistry. He has also received advanced training in a wide variety of additional services/specialties, including oral surgery, Invisalign, endodontics, and full mouth rehabilitation/reconstruction. In the past, he's received the Compassion Award through volunteer dentistry with Good Samaritan Dental Clinic and The Concept of Complete Dentistry Award through the Dawson Academy. 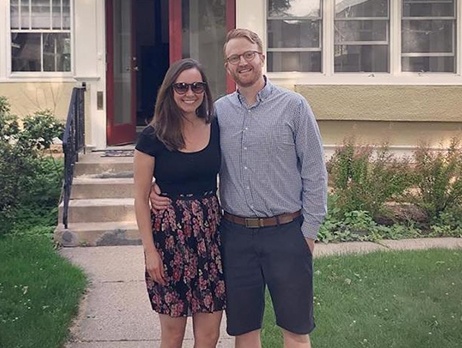 Dr. Pattee is the youngest of three, and the whole family was born and raised in a small town near Des Moines called Perry. Music was a big influence growing up, as his mom was a music teacher and his dad toured around Europe as a part of a band to entertain troops. Eventually, his parents decided to join the family tradition of owning and managing a Ben Franklin store, which means that he and his siblings grew up organizing and marking prices for toys, crafts, hardware, and candy by the time they could see over the cash register.

Today, Dr. Pattee enjoys being outdoors and doing all sorts of activities, including biking, hiking, kayaking, boating, and camping. He likes to golf enough every year so that he's decent enough to not completely embarrass himself when people join him on the course. He's very passionate about traveling and exploring different cultures. Every once in a while, he'll find a guitar, piano, or ukulele and learn a new song. He also really likes trying new things, whether it's woodworking, sailing, scuba diving, or simply trying new foods and drinks. Most importantly, he loves being with family and friends.